Lost Youth: a novel-series about youth in Nazi-Germany 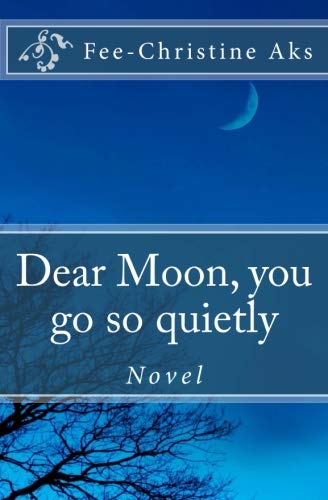 Each part of the series is a complete story that may stand on its own.

Chronologically the story of six friends from Hamburg-Altona begins in 1933 with the story of Maria Goldberg. In Book 1 "A Friend, a good Friend" (Als die Dunkelheit hereinbrach) you experience with a 12-year old jewish girl how the reign of the Nationalsocialists takes over larger and larger parts of daily life. And how personal freedom of people who are said to be "different" are getting more and more restricted.

Surely the most depressing part of the series is the story of Liza Giesemann who has to endure the hardships of being a jewish girl and experience the Holocaust in Book 2 "Somewhere in the World" (Draußen war ein schöner Tag). The storyline starts in 1942 when 15-years-old Liza and her family are held captive inside a concentration camp (KZ) near Hamburg. Until one day when they are forced to take a train that drives to the East...

In December 1942 also starts the story of 17-years-old Paul Kirchhoff in Book 3 "Thoughts are Free" (Während der Schnee leise fiel) who one day stumbles across a pamphlet written by the resistance group "Die Weiße Rose" (The White Rose).

In July 1944 starts the story of 10-years-old Maike Sommer in Book 4 "Dear Moon, you go so quietly" (Am Himmel lächelte der Mond) who has to go into hiding and try to survive until the Second World War is over and the Nazis are defeated.

Click here below for a sneak peek of the books:

Want to know what others thought? Here are the reviews.

A fifth part of the series has been published in German. Like the others it is set in Hamburg, starting just before the Third Reich began. The protagonist is a young boy called Fritz Mann who has already appeared as a side-character of the series.

The novel is a complete story that may stand on its own (like the other parts). It is available as eBook and paperback, a translation to English is planned.

A sixth part of the series is also planned, again set in Hamburg around the time at the end of World War II. The protagonist will be a young girl.

Parts seven, eight and nine are planned as well, set in Hamburg during the 1930s, at the beginning of World War II, and in the late 1950s. The protagonists will be a young boy respectively a young girl. And, of course, these novels will each of them also be a complete story that may stand on its own (like the other parts). They will be available as eBook and paperback, a translation to English planned.

In case you are on Facebook, you may inform yourself about my novel-series on my page "Verlorene Jugend" (Lost Youth). Looking forward to seeing you there!